Heads of state, business leaders and members of civil society are all gathering in Glasgow for two weeks in November to deliberate on what more needs to happen to keep the goal of limiting Earth’s warming to 1.5 degrees C. This year the Columbia Climate School is expanding its presence at COP26 by hosting special events and sharing stories that include a variety of perspectives from global thought leaders, students and experts.

Read more on State of the Planet 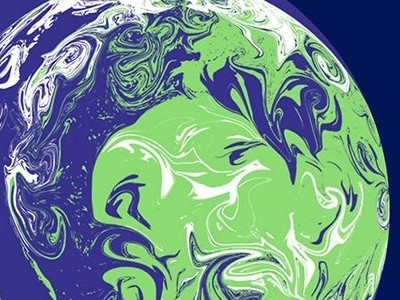 What Did COP26 Achieve?

Obama, in a Climate Speech Focused on Youth, Has Words for Republicans, Too (The New York Times)
"He joined a closed-door meeting with a bloc of countries that call themselves the High Ambition Coalition and ended his day with a round table with young advocates, organized by the Obama Foundation along with Columbia Climate School."

What's behind climate talks' key elusive goal (AP)
“It’s physically possible (to limit warming to 1.5 degrees), but I think it is close to politically impossible in the real world barring miracles,” Columbia University climate scientist Adam Sobel said. “Of course we should not give up advocating for it.”

COP26 Incident Shines Light on Impact of Climate Change on Disabled (The Hill)
"An Israeli cabinet minister’s inability to access the COP26 climate summit in her wheelchair has fueled criticism that the conference is part of the problem on many of the inequalities it was meant to address. Lisa Dale, a faculty affiliate with Columbia University’s Center for Resilient Cities and Landscapes, said the episode “eerily mimics” the implication of climate disasters for disabled people."

U.S., other countries cut funding for international fossil fuel projects (Marketplace)
"While it’s a step in the right direction for the global energy transition, it won’t be nearly enough, according to Philippe Benoit at Columbia University’s Center on Global Energy Policy."

How to measure success at COP 26 (Grist)
“My measure of success is the simple progress, and not falling apart,” said Andrew Revkin, who, after years covering these U.N. gatherings as a journalist, now leads initiatives on climate change communication at Columbia University’s Earth Institute. “This is just a check in on a 100-year process.”

The Case for Climate Reparations (New York Magazine)
"Intuitions of end-times call forth evangelists of all varieties, and Julio Friedmann is one of direct air capture’s most enthusiastic. Under Obama, he had Wilcox’s job at DOE; now he’s a senior research scholar at Columbia’s School of International and Public Affairs and works with CarbonDirect as well, where he is an adviser. On Twitter, his handle is @CarbonWrangler. He wants us to set our sights very high — not at the roughly 40 billion tons of carbon now emitted each year but at the trillions of tons emitted up to this point."

As Biden Heads to Climate Talks, Supreme Court Move Could Stymie EPA Regulation (Scientific American)
“It’s possible that what the court is seeking to review here is Section 111(d) itself,” said Michael Burger, executive director of Columbia University’s Sabin Center for Climate Change Law.  He referred to the part of the Clean Air Act that EPA used to regulate carbon emissions from existing power plants under former Presidents Obama and Trump.

COP26: This Is What Individuals Can Do to Slow Down Climate Change (ABC News)
"As individuals, we have to pursue collective action to actually move the needle on this," Jason Smerdon, a climate scientists for Columbia University's Lamont Doherty Earth Observatory, told ABC News.

COP26: Stage set for crucial climate negotiations (NBC News)
"The climate doesn't really care about summits," [Kate Marvel] said. "The atmosphere cares about how much carbon dioxide goes into it, so if we want to limit warming to avoid the worst-case scenario, we need to do everything we can in order to reduce greenhouse gases."

Five Important Questions About COP26 Answered (Smithsonian Magazine)
“Every country is called upon to make a contribution,” says John Furlow, director of the International Research Institute for Climate and Society at Columbia University’s Climate School. “It's a voluntary contribution. There's meant to be a system of transparency—the idea being that if we can see what China and Germany and Japan are doing, the United States will want to do as well as they are and vice versa.”

Obama returns to the world stage to boost Biden and reassure leaders after four years of Trump (CNN)
"In coordination with his own foundation and Columbia University's Climate School, he will host a roundtable with youth activists (including many who are alumni of his global fellowship programs) and urge business leaders to accelerate their own clean energy investments."

Jeffrey Sachs: ‘I see no financial obstacles to getting to net zero by 2050’ (FT)
"With COP26 looming, the expert in sustainable development explains how we can have both decarbonisation and robust growth"

Navigating the bumpy road to net zero (FT)
“In the pandemic, at one point we shut down half the global economy,” says Jason Bordoff, co-founding dean of the Columbia Climate School. “Last year emissions fell 6 per cent. We need emissions to fall 8 per cent every year between now and 2030 to be on track. That’s a sobering reminder of how staggeringly difficult this is.”

This Year’s Extreme Weather Offers a Stark Backdrop for COP26 Summit (The Washington Post)
“This was a really extreme year,” said Radley Horton, a research professor focused on climate extremes at Columbia University’s Lamont-Doherty Earth Observatory. “Right now we’re seeing the climate extremes changing so fast that that alone is demonstrating that going past 1.5 Celsius will be something we won’t adapt to.”

Scientists express doubt that Glasgow climate change conference will be successful (Yahoo! News)
“We’ve got to have a global plan that works both on the mitigation side, namely to reduce greenhouse gases as quickly as possible and get that financed internationally,” [Klaus] Jacob said, “and not just the main emitters — nations like the U.S., China, Brazil or Europe, and maybe India. But we also have to address it on the adaptation side, and just think about nations like Bangladesh or Vietnam, that have tens and hundreds of millions of people that by the end of the century will have to be moved.”

In this session we discuss how climate negotiations work, the progress they’ve achieved so far, and what to expect in the future. Presenter: Melody Braun, International Research Institute for Climate and Society. Target Audience: Grades 6-12
Hailing from Brazil, Eduarda Zoghbi MPA ’22 is concentrating in energy and environment and specializing in gender and public policy at Columbia SIPA. Before coming to SIPA, Eduarda was a climate change consultant at the Inter-American Development Bank.
At COP26, the Earth Institute’s Gavin Schmidt (NASA’s Acting Senior Climate Advisor) gave a well-received talk based around this visualization of climate drivers over time
Back to Top